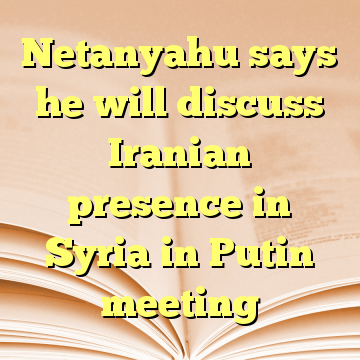 The head of Mossad, Israel’s national intelligence agency, and the chief of the country’s National Security Council are to join Netanyahu Wednesday in discussing “Iran’s accelerated attempt to establish military bases in Syria” with Putin, said the Israeli leader.”

There is evidence, of course, of Iran’s aggression that has not diminished after the nuclear agreement, but it also poses a problem for Israel, but for all the countries of the Middle East and the entire world,” Netanyahu said in a statement. [ Source (Read More…) ]