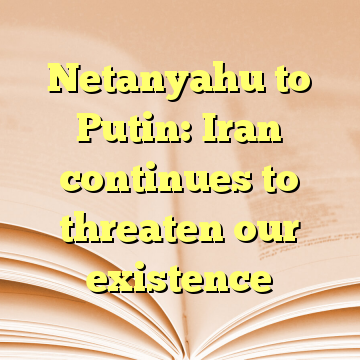 (Worthy News) – Netanyahu told Putin that Iran’s takeover of the Middle East and their stronghold in Syria present a threat to Israel, the Middle East, and the entire world.

“Iran continues to threaten Israel’s existence, and it funds terror organizations and missile plans,” Netanyahu told Putin. “Wherever ISIS disappeared, Iran has taken over. Iran is already on its way to taking control of Iraq, Yemen, and in many ways has already taken over Lebanon.” [ Source (Read More…) ]