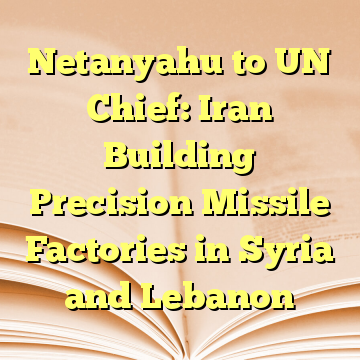 Speaking ahead their meeting in Jerusalem, Netanyahu accused Iran of turning Syria into a “base of military entrenchment as part of its declared goal to eradicate Israel.”