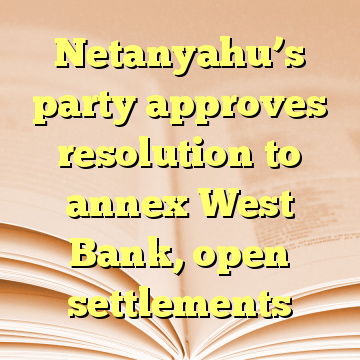 The vote was called by Likud activists residing in the West Bank who obtained around 900 signatures of the party’s Central Committee which allows the resolution to be presented, circumventing party leader consent.

The resolution reads: “Fifty years after the liberation of Judea and Samaria, and with them Jerusalem our eternal capital, the Likud Central Committee calls on Likud’s elected leaders to work to allow unhindered construction and to extend Israeli law and sovereignty in all areas of liberated settlement in Judea and Samaria.”