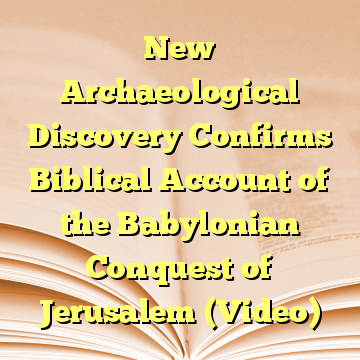 (Worthy News) – The Israel Antiquities Authority (IAA) recently confirmed the Old Testament’s account of the destruction of Jerusalem by the Babylonian Empire which took place in the 6th century B.C.

“These findings depict the affluence and character of Jerusalem, capital of the Judean Kingdom, and are mesmerizing proof of the city’s demise at the hands of the Babylonians,” the IAA described in a YouTube video.