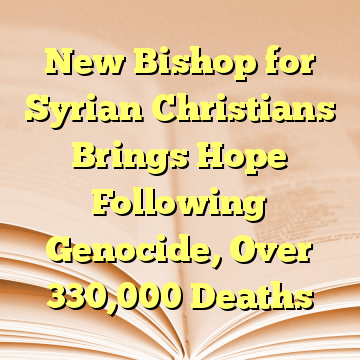 (Worthy News) – Syriac Orthodox Christians in the northeastern city of Hasakeh celebrated on Saturday the inauguration of Archbishop Maurice Amseeh, giving the community a bishop for the first time in four years, since the last one left the country.

Christians have been the subject of a genocidal campaign by the Islamic State terrorist group, which has killed, raped and kidnapped Yazidis and other minorities as well.

Over 330,000 people have also been killed in Syria’s six-year long civil war, which has further decimated the population, forcing millions to flee as refugees.

As AFP reported on Sunday, Amseeh’s appointment has given fresh hope to the struggling Christians that rebuilding their community is possible. [ Source (Read More…) ]