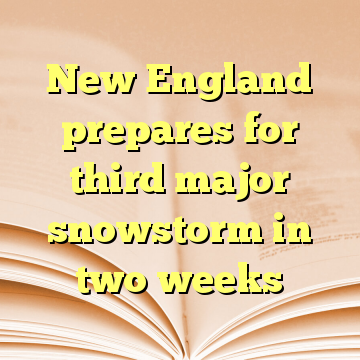 (Worthy News) – Having already been battered by heavy snow, cold temperatures and strong winds in the last two weeks, residents in New England are being advised to brace again for yet another nor’easter — which could bring another foot of snow.

Much of New England — including Boston, Hartford, Providence, and Portland, Maine — are under winter storm advisories with blizzard conditions possible along the New England coast on Monday night and Tuesday morning.