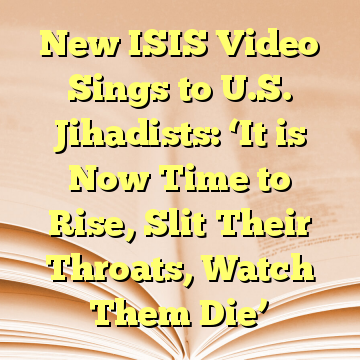 (Worthy News) – The Islamic State issued a new video today calling on “brothers in Europe, America, Russia, Australia and elsewhere” to “kill them all” as “it is now time to rise.”

The video from ISIS’ official Al-Hayat Media Center was distributed widely on YouTube and social media platforms Twitter and Facebook, along with being posted on file-sharing sites.