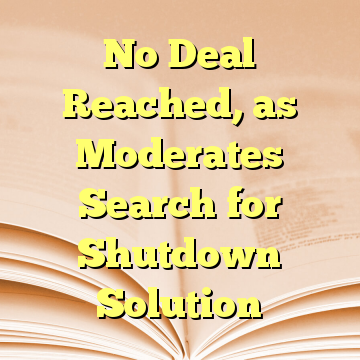 (Worthy News) – Restive Senate moderates in both parties searched for a solution to a partisan stalemate as they raced toward a late-night showdown vote and their last chance to reopen the federal government before hundreds of thousands of federal workers were forced to stay home Monday.

Lawmakers on Capitol Hill said they were pursuing a deal to end the rare closure, prompted Friday by a messy tussle over immigration and spending. There were no indications that a firm agreement had been reached, or that leaders of either party or the White House were on board. A stopgap spending measure was slated for a vote on Monday after midnight, but Democrats have so far refused to go along with the temporary fix.

Republicans have appeared increasingly confident that Democrats were bearing the brunt of criticism for the shutdown and that they would ultimately buckle. The White House and GOP leaders said they would not negotiate with Democrats on immigration until the government is reopened. [ Source: CBN News (Read More…) ]