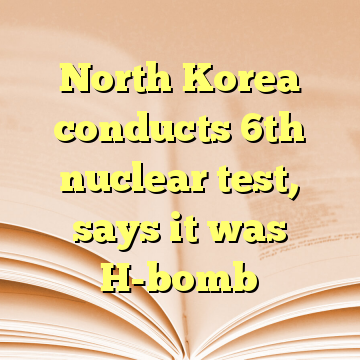 (Worthy News) – North Korea said it set off a hydrogen bomb Sunday in its sixth nuclear test, which judging by the earthquake it set off appeared to be its most powerful explosion yet.

South Korea’s weather agency estimated the nuclear blast yield of the presumed test was between 50 and 60 kilotons, or five to six times stronger than North Korea’s fifth test in September 2016. That would mark a significant step forward in the North’s quest for a viable nuclear missile capable of striking anywhere in the United States.