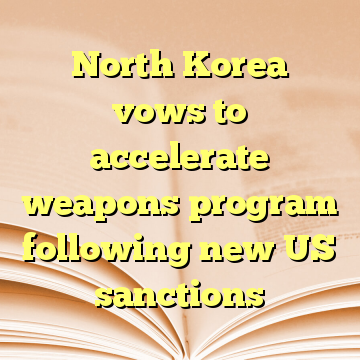 (Worthy News) – North Korea displayed trademark defiance on Wednesday over new United Nations sanctions imposed after its sixth and largest-ever nuclear test, vowing to redouble efforts to fight off what it said was the threat of a US invasion.

US President Donald Trump said the sanctions, unanimously agreed on Monday by the 15-member UN Security Council, were just a small step toward what is ultimately needed to rein in Pyongyang over its nuclear and missile programs.

North Korea’s Foreign Ministry said the resolutions were an infringement on its legitimate right to self-defense and aimed at “completely suffocating its state and people through full-scale economic blockade.” [ Source (Read More…) ]