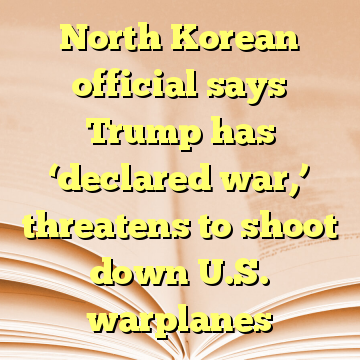 (Worthy News) – A top North Korean official said Monday that President Trump has “declared war on our country,” and warned that Pyongyang could shoot down any U.S. warplanes flying nearby.

“At last, he declared a war on our country,” Mr. Ri told reporters in New York City. “Even the fact that this comes from someone who is currently holding the seat of the United States presidency, this is clearly a declaration of war.” [ Source (Read More…) ]