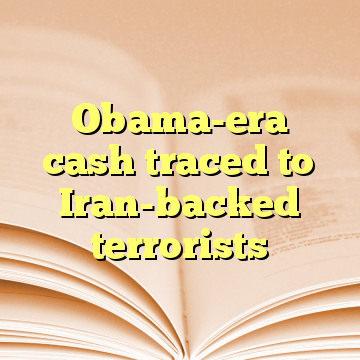 (Worthy News) – The U.S. government has traced some of the $1.7 billion released to Iran by the Obama administration to Iranian-backed terrorists in the two years since the cash was transferred.

According to knowledgeable sources, Iran has used the funds to pay its main proxy, the Lebanon-based terrorist group Hezbollah, along with the Quds Force, Iran’s main foreign intelligence and covert action arm and element of the Islamic Revolutionary Guards Corps.

The U.S. money supplied to Iran as part of an arms settlement dating back to the 1970s also has been traced to Iran’s backing of Houthi rebels seeking to take power in Yemen. Iran has been supporting the Yemen rebels as part of a bid to encircle and eventually take control of Saudi Arabia. [ Source: Washington Times (Read More…) ]