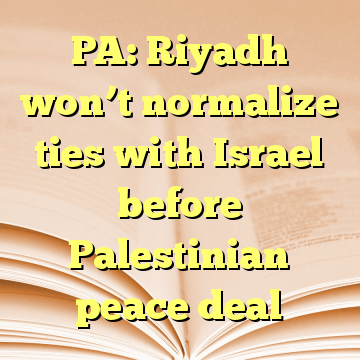 (Worthy News) – The Palestinian Authority is pushing back against reports that its being pressured by Saudi Arabia into agreeing to accept terms for peace with Israel.

“Saudi Arabia told President Mahmoud Abbas that it will not normalize relations with Israel before a peace solution is reached for the Palestinian conflict,” Foreign Minister Riyad Maliki said on Tuesday, according to the Palestinian news agency WAFA.