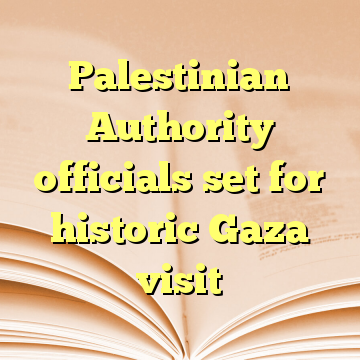 (Worthy News) – PA Prime Minister Rami Hamdallah and several other government ministers are set to travel to Gaza Monday morning in a historic bid to work on ending the territorial division between the West Bank and Gaza.

The Palestinian Authority head of government is slated to hold meetings with Hamas officials, as well as a cabinet meeting in Gaza City on Tuesday.

“We are determined to undertake our role in supporting the reconciliation efforts and turning the page of the division so that the homeland becomes reunited,” Hamdallah said during a ministerial meeting in Ramallah on Sunday.

Since Hamas ousted the Fatah-dominated PA from Gaza in 2007, the two rival parties have essentially established two governments: one Hamas-run in Gaza and another Fatah-backed government in the West Bank. [ Source: Jerusalem Post (Read More…) ]