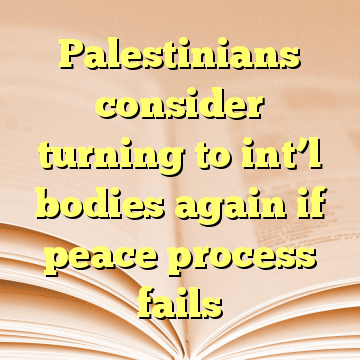 “We are giving the Americans a chance to move a serious peace process forward and we hope they succeed, but if they fail to make progress, we will turn to international institutions including the United Nations to request full membership,” Ahmad said in a phone interview.

The Palestinian leadership submitted a formal application to gain full membership in the UN in 2011, but it was rejected because it had insufficient support from the UN Security Council. The Palestinian leadership could try to gain full membership again by submitting another membership application, but US Ambassador to the UN Nikki Haley would likely block it. Haley has consistently defended the Israeli government since arriving at the UN. [ Source (Read More…) ]