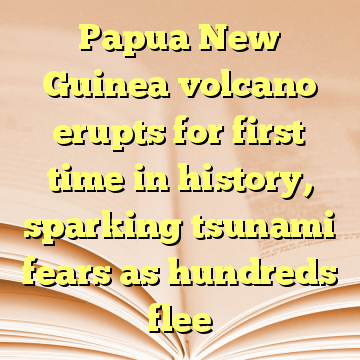 (Worthy News) – A volcano in Papua New Guinea that was thought to be dormant has erupted for the first time in known history, spewing ash thousands of feet into the air and forcing the evacuation of hundreds of residents.

The 365m tall volcano on Kadovar Island began erupting on Friday, according to local media reports, and experts now fear it could lead to landslides and tsunamis in the area.

“Due to the steepness of the island, landslides are possible and together with the explosive nature of magma, tsunamis may be generated,” the Rabual Volcanological Observatory said in a statement. [ Source: UK Independent (Read More…) ]