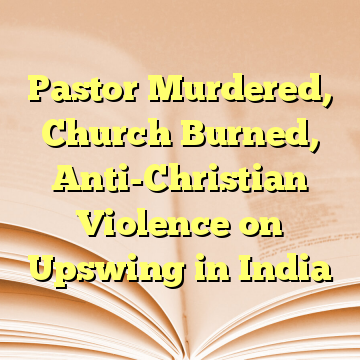 (Worthy News) – India may be the world’s largest democracy, but the government often falls short when it comes to protecting Christians and other minorities from attack by militant Hindus.

In 2017, Christians experienced almost as many attacks against them during the first half of the year than during all of 2016. So far this year, there are no signs that the religious intolerance and persecution is letting up. [ Source: CBN News (Read More…) ]