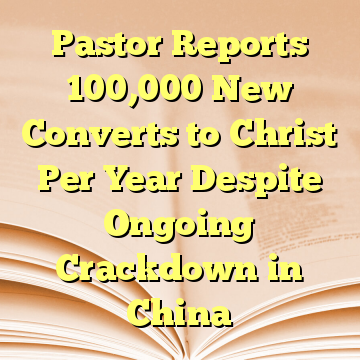 (Worthy News) – The growth of the Christian faith in China continues its remarkable rise, with one pastor reporting as many as 100,000 new followers of Christ per year, despite the worsening human rights abuses and crackdown by Communist authorities.

Groups such as Freedom House have said that 100 million people face persecution in China, including Christians of various denominations, with Protestants facing “high” levels of persecution. [ Source ]