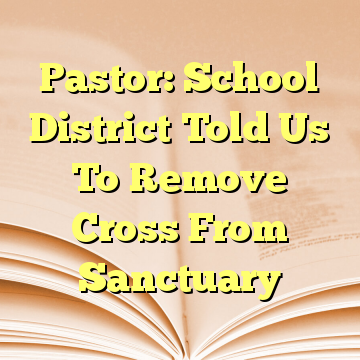 (Worthy News) – A Texas school district will no longer hold its graduation ceremonies at one of the largest megachurches in the nation after the church refused to remove a cross from the sanctuary.

For more than a decade the McKinney School District held graduation ceremonies for three of its high schools in the massive sanctuary of Prestonwood Baptist Church in Plano.

But that tradition ended abruptly after a group of atheists, agnostics and free-thinkers complained about a public school system using a building that belongs to a Christian church.

“It was our refusal to remove the cross from view that created this cowardly decision,” Pastor Jack Graham wrote on Twitter. “It appears religious freedom is under attack at the McKinney Public Schools.” [ Source: Townhall (Read More…) ]