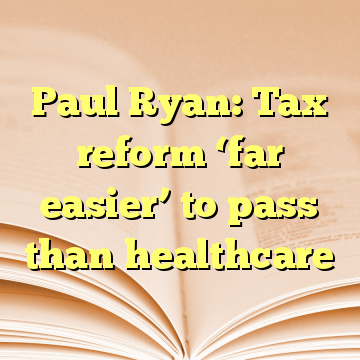 (Worthy News) – House Speaker Paul Ryan, R-Wis., said Monday that tax reform should be easier to pass than healthcare reform, which has no clear path forward after it failed in the Senate.

“I believe it’s going to be far easier for us to do tax reform than it was, say, for healthcare reform,” Ryan told CNN during a town hall in Racine, Wisconsin. He pointed specifically to the inability to include measures in the healthcare bill because of Senate rules, including medical liability reform and interstate shopping.