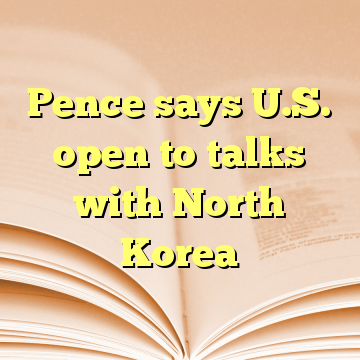 “The maximum pressure campaign is going to continue and intensify. But if you want to talk, we’ll talk,” Mr. Pence told the Washington Post.

Mr. Pence, who conducted the interview on his way back to the U.S. from the Winter Olympics, said the U.S. and South Korea agreed on terms for further engagement with Pyongyang during two conversations he had with South Korean President Moon Jae-in. [ Source: Washington Times (Read More…) ]