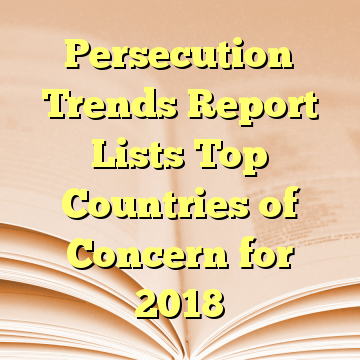 (Worthy News) – A group which monitors Christian persecution around the world has released a new report listing countries where attacks and restrictions on Christians are likely to increase. These include China, India and Nigeria.

The annual Persecution Trends Report by the U.K.-based group Release International, which also helps persecuted Christians, warns that Christians in China look set to face a harsh new year, noting that the communist country has been cracking down on Christmas celebrations in some districts, banning Santa Claus and Christmas hats to further tighten its squeeze on Christianity.