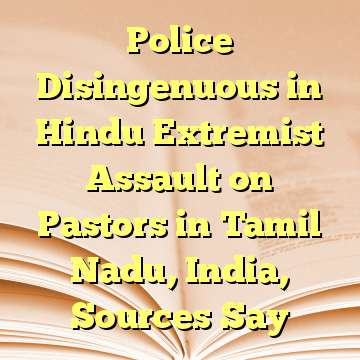 In Thyagaraja Nagar, in the Sirkali area of Nagapattinam District, 28-year-old pastor Daniel Jebraj was returning home on July 19 at about 7:45 p.m. when he noticed five men drinking alcohol, smoking and ridiculing Christianity in front of his church gate, he said.

“I told them this is not the right place for drinking and smoking activities,” Jebraj told Morning Star News, adding that he asked them to leave. “I was not aware they were waiting for me. They pulled out the weapons and attacked me.” [ Source: Morningstar News (Read More…) ]