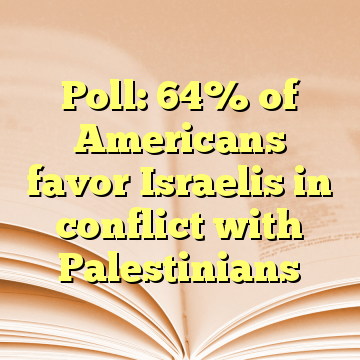 (Worthy News) – A Gallup poll published Tuesday found that 64 percent of Americans sympathize with Israelis in the conflict with Palestinians.

The poll, which surveyed 1,044 adults in all 50 states and the District of Columbia, reveals the highest level of support for Israel since 2013, which also found 64 percent of Americans favoring the Jewish state over the majority Muslim occupied territory.