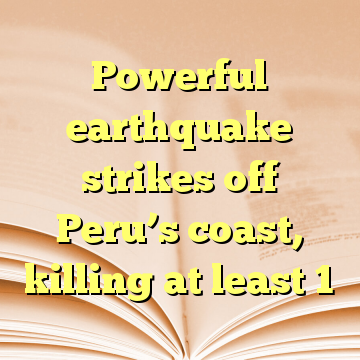 The U.S. Geological Survey said the early morning quake had a magnitude of 7.1 and was centered 25 miles from Acari in the Arequipa department of southwestern Peru.

The quake jolted people awake as far away as capital city of Lima, some 350 miles from Acari, blocked some roads, collapsed adobe homes in several towns and left at least one supermarket a jumble of fallen crackers boxes and soda bottles. [ Source: Fox News (Read More…) ]