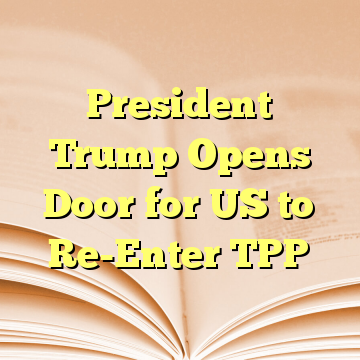 (Worthy News) – President Donald Trump told CNBC on Thursday that he would reconsider the massive Trans-Pacific Partnership trade deal if the United States could strike a “substantially better” agreement. But it’s almost certainly too late for the U.S. to negotiate a new deal.

TPP was a 12-nation agreement among the United States and Pacific rim countries that was designed in part to counter China’s rising dominance of the region. But Trump withdrew from the deal last year, saying it would encourage companies to ship jobs to lower-wage countries. [ Source: CNBC (Read More…) ]