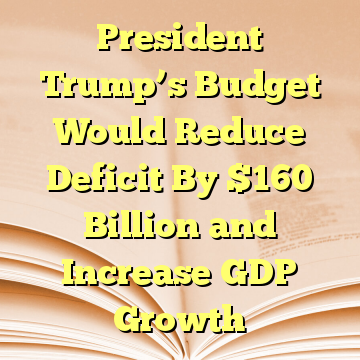 (Worthy News) – President Donald Trump’s proposed budget for 2018 would reduce the deficit over the next decade by $160 billion and increase GDP at the same time, according to an analysis from the Congressional Budget Office.

Trump’s budget proposes a cut back in mandatory and discretionary spending that would not only reduce the deficit, but the debt as well.

Relative to the size of the economy, federal budget deficits are projected to decline by 2.6 percent to 3.3 percent of gross domestic product over the next 10 years. This would mean that the deficit would be roughly one-third smaller than it was originally projected to be. [ Source ]