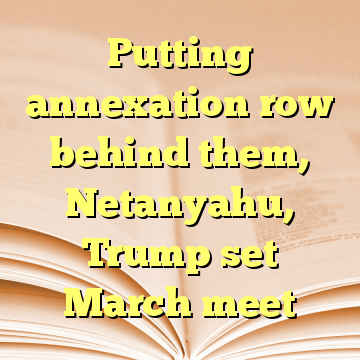 (Worthy News) – Prime Minister Benjamin Netanyahu will meet with US President Donald Trump next month when he visits Washington for the annual AIPAC confab, a White House official said Wednesday.

The meeting will come after the White House shot down Netanyahu’s assertion Monday that the US and Israel were discussing proposals for Israel to annex West Bank settlements, marking an unprecedented rebuke of the prime minister by the Trump administration.

The administration signaled Wednesday that the brief tiff had passed and the relationship between the leaders was still strong. [ Source: Times of Israel (Read More…) ]