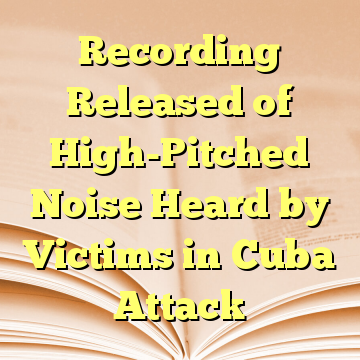 (Worthy News) – A recording of the high-pitched noise heard by some U.S. Embassy workers during a series of deliberate attacks in Havana, Cuba, has been released.

The recording was obtained by the Associated Press and has led investigators to initially suspect that a sonic weapon was used to conduct ongoing attacks, starting last year. At least 22 Americans are confirmed to have been medically affected by the State Department.