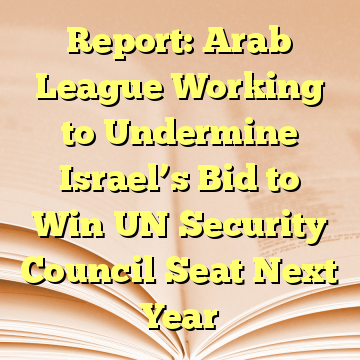 (Worthy News) – The Arab League is working to undermine Israel’s bid to win a seat on the UN Security Council next year, the Hebrew news site Walla reported on Sunday, citing an unnamed Israeli diplomatic official.

The official said Israel was “concerned” by the Arab League’s activities and would take steps to counter them.

Israel is the only country in the Middle East never to have held a Security Council seat. The 10 non-permanent spots — which are two-year terms — on the 15-member council (the five permanent members are the US, UK, France, Russia, and China, all of which have veto power) are allocated in accordance with regional blocs. [ Source (Read More…) ]