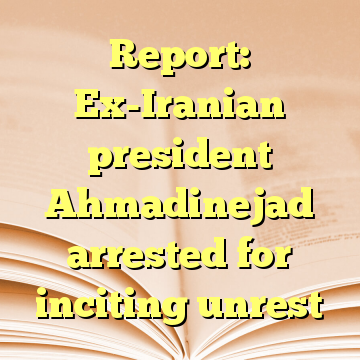 The newspaper said that Ahmadinejad, during a visit to the western city of Bushehr on December 28, said, “Some of the current leaders live detached from the problems and concerns of the people, and do not know anything about the reality of society.”

He supposedly added that Iran was suffering from “mismanagement” and that the government of President Hassan Rouhani “believes that they own the land and that the people are an ignorant society.” [ Source: Times of Israel (Read More…) ]