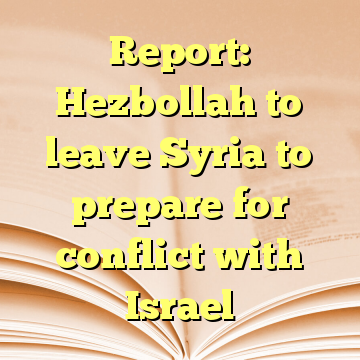 (Worthy News) – Hezbollah is planning to withdraw its forces from Syria in 2018 in order to bolster its presence along the border with Israel, Lebanese news site Lebanon 24 reported on Tuesday.

According to the report, Hezbollah’s high command issued a new order mandating that the last remaining Hezbollah fighters must leave Syria in early 2018.

For the past five years, Hezbollah forces have been fighting alongside the Syrian military in the country’s brutal civil war. It is believed that the Shiite terrorist group, alongside other Iranian-backed militias, helped turned the tide in favor of Syrian President Bashar Assad. [ Source: Israel Hayom (Read More…) ]