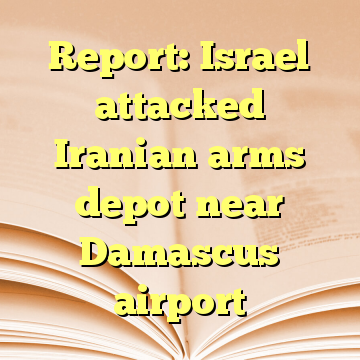 According to various reports, a series of explosions at fuel tanks and warehouses near the airport rocked eastern Damascus at around 3:20am.

Regular supplies of weapons from Tehran are sent by commercial and military cargo planes through the arms supply hub, which is operated by Hezbollah, Reuters cited a regional intelligence source as saying. [ Source ]