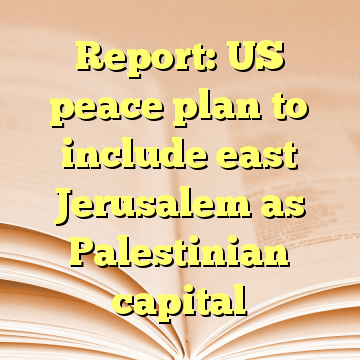 A French diplomat told the Arabic-language daily that the Trump administration is expected to reveal its peace plan at an upcoming international conference in Cairo.

The report says that under Trump’s peace plan, the U.S. will recognize an independent Palestinian state with east Jerusalem as its capital on condition that the disputed old city, home to sites holy to Judaism, Christianity and Islam, is administered by an international custodian. [ Source: Israel Hayom (Read More…) ]