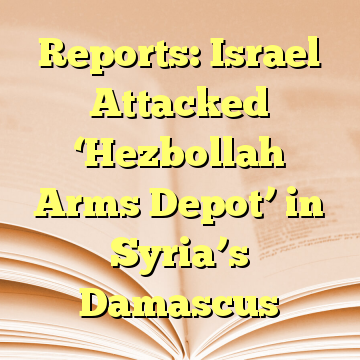 There was no immediate official response from the Syrian government or the Israeli army.

The attack follows one from last week which was also attributed to Israel in which an arms depot in a Syrian army military base near Damascus was attacked with jets and ground-to-ground missiles, the Syrian army said. [ Source: Ha’aretz (Read More…) ]