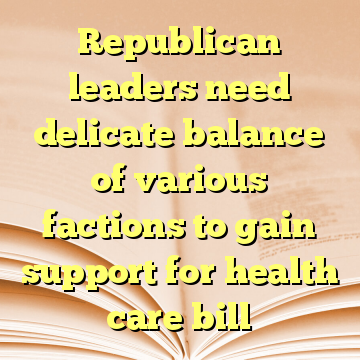 (Worthy News) – Senate Republicans must stamp out a series of fires to keep their Obamacare repeal mission alive this week, such as pinning down party holdouts and massaging arcane budget rules to appease pro-life activists and insurers.

Republican moderates say a pending analysis by the Congressional Budget Office, set to be released at any moment, will help them decide whether they back the draft plan negotiated by Senate Majority Leader Mitch McConnell, reject it or demand changes before a planned vote by the time lawmakers leave for their July Fourth recess.

One of them — Sen. Dean Heller of Nevada — made the leadership’s climb steeper on Friday by becoming the fifth Republican to say he won’t support the plan unless changes are made. He said his state cannot absorb Medicaid cuts in the plan. [ Source ]