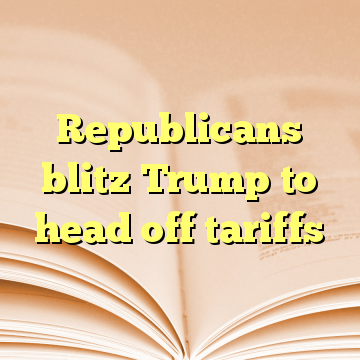 (Worthy News) – Congressional Republicans are making an eleventh-hour push to walk President Donald Trump back from the brink on tariffs, arguing that such levies would undercut his economic message.

And some are even privately considering action to stop him.

Speaker Paul Ryan (R-Wis.) has personally spoken with the president and tried to warn him of the economic dangers of entering a trade war as well as the political backlash that could crush Republicans in the mid-terms elections. House Ways and Means Chairman Rep. Kevin Brady (R-Texas) has met with Trump at the White House twice in the past week to discuss a narrower approach to countering China’s overproduction of steel — one that would not undercut U.S. allies, Brady said. [ Source: Politico (Read More…) ]