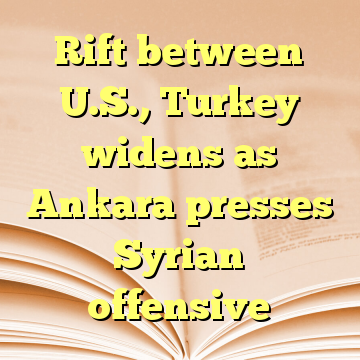 (Worthy News) – The U.S. and Turkey moved closer to an open rift Sunday, with the Trump administration expressing deep concern as Turkish ground forces crossed into northern Syria in a bid to rid the area of U.S.-backed Kurdish militias.

Ankara sees the Kurdish force as an ally to a violent Turkish Kurdish separatist movement it has been battling for decades. Washington sees the Syrian Kurds as critical allies in the fight against Islamic State and a longer-term asset against Syrian President Bashar Assad in any settlement of the country’s brutal civil war.