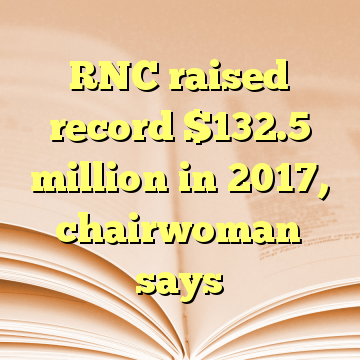 (Worthy News) – The Republican National Committee raised $132.5 million in 2017, a record for a year without a presidential election, chairwoman Ronna McDaniel said Wednesday.

The RNC announced it received $11.1 million in receipts in December. A statement added that the RNC has $38.8 million on hand and zero debt. The statistics were revealed prior to a Federal Election Commission filing deadline.