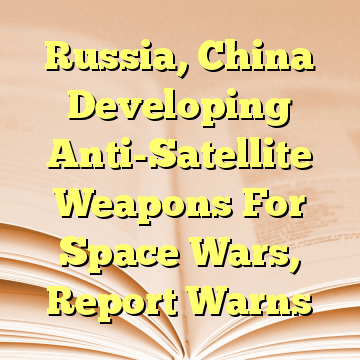 (Worthy News) – It is becoming increasingly likely that countries will be battling out in space against each other in the near future, warns US intelligence agencies.

According to a recent report by United States intelligence community on world threat assessment, countries particularly Russia and China are currently perusing anti-satellite (ASAT) weapons to thwart the “U.S. and allied military effectiveness.”

“Foreign countries — particularly China and Russia — will continue to expand their space-based reconnaissance, communications, and navigation systems in terms of the numbers of satellites, the breadth of their capability, and the applications for use,” said the report, which included inputs from organizations like the FBI, CIA, and National Security Agency. [ Source: IB Times (Read More…) ]