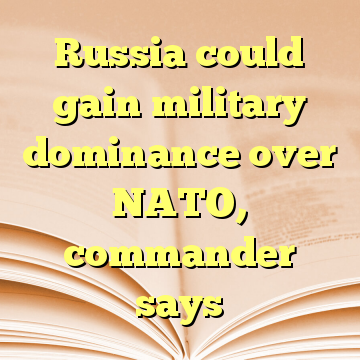 (Worthy News) – Growing modernization could give the Russian military dominance over NATO if the military bloc fails to adapt, the top commander said Wednesday.

“I think that, as an alliance, we are dominant. There are domains within this that were challenged. I think cyber is one of those. [Russia is] very competent in that,” he said. [ Source: UPI (Read More…) ]