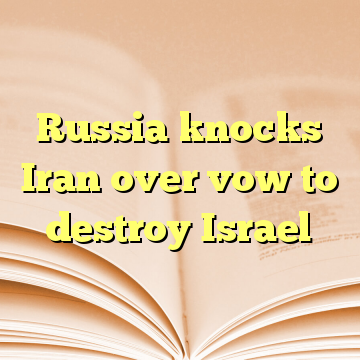 “We have stated many times that we won’t accept the statements that Israel, as a Zionist state, should be destroyed and wiped off the map. I believe this is an absolutely wrong way to advance one’s own interests,” Russian Foreign Minister Sergey Lavrov was reported by the TASS state news agency as telling a conference in Moscow.