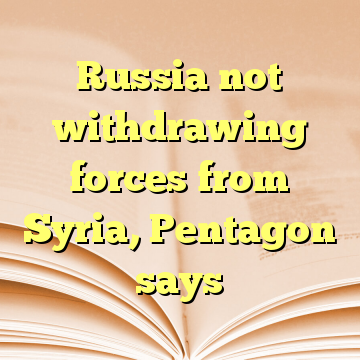 (Worthy News) – The United States said on Tuesday it has not observed any meaningful withdrawal of Russian combat forces from Syria, despite Russian President Vladimir Putin’s announcement on Monday of a significant pullout.