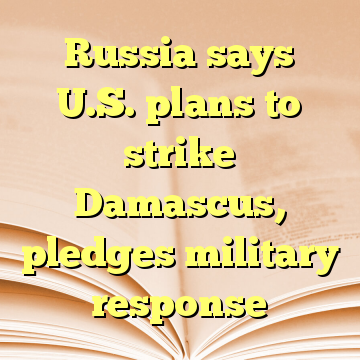 (Worthy News) – Russia said on Tuesday it had information that the United States planned to bomb the government quarter in Damascus on an invented pretext, and said it would respond militarily if it felt Russian lives were threatened by such an attack.

Valery Gerasimov, head of Russia’s General Staff, said Moscow had information that rebels in the enclave of eastern Ghouta were planning to fake a chemical weapons attack against civilians and blame it on the Syrian army. [ Source: Reuters (Read More…) ]