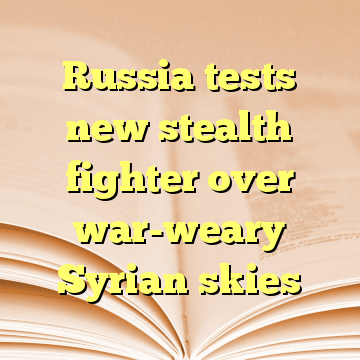 The single-seat, twin-engine planes were allegedly filmed nearby Russia’s Khmeimim Air Base near the southeastern city of Latakia along the Mediterranean coastline and employ state-of-the-art stealth technology to avoid radar detection. They were developed to challenge the U.S. F-22 Raptor — and have been called the “F-22 killer.” [ Source: Washington Times (Read More…) ]