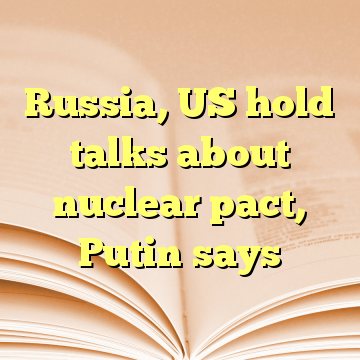 Putin said the U.S. plans to re-equip some of the nuclear capable aircraft and submarines to carry conventional weapons has drawn Russian concerns.

He noted Thursday that while the U.S. plans don’t contradict the 2010 U.S.-Russian New START nuclear arms reduction treaty, Moscow is entitled to monitor the modifications to make sure there is no chance for a rollback to nuclear capability in the future. [ Source: Washington Times (Read More…) ]