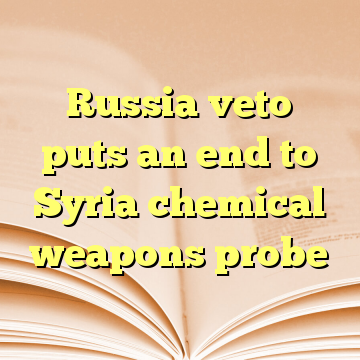 (Worthy News) – Russia vetoed Tuesday a US-drafted resolution that would have extended by a year an investigation of who is behind chemical weapons attacks in Syria.

It was the ninth time Russia has used its veto power at the Security Council to block action targeting its Syrian ally.

Russia opposed renewing the mandate of the joint UN-Organisation for the Prohibition of Chemical Weapons (OPCW) panel before it releases a report on a sarin gas attack in Khan Sheikhun expected on Thursday. [ Source: Times of Israel (Read More…) ]