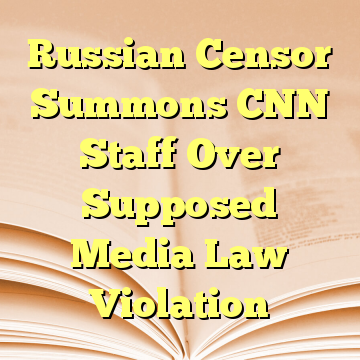 Roskomnadzor spokesman Vadim Ampelonsky told the state-run news agency TASS that CNN had provided an outdated dateline. Documents submitted by CNN to prove they had fixed the problem were “being analyzed,” he said, but the station would remain under observation.

Russia’s Foreign Ministry warned on Thursday that it could retaliate against a U.S. demand for Kremlin-backed news channels RT and Sputnik International to register as foreign agents.