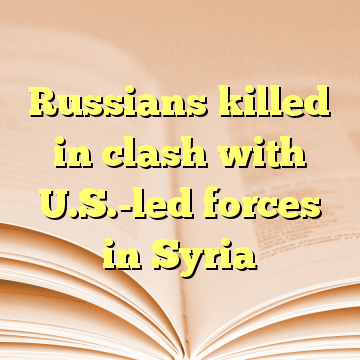 (Worthy News) – Russian fighters were among those killed when US-led coalition forces clashed with pro-government forces in Syria this month, former associates of the dead said on Monday.

A US official has said more than 100 fighters aligned with Syrian President Bashar al-Assad died when coalition and local coalition-backed forces thwarted a large attack overnight on Feb. 7.

Russia’s Defence Ministry, which supports Assad’s forces in the Syrian civil war, said at the time that pro-government militias involved in the incident had been carrying out reconnaissance and no Russian servicemen had been in the area.